4. 20 minutes to the old town of Malaga and port

5. located on the "Road of the Rousins

Benagalbon is located between Rincon de la Victoria and Moclinejo, about 5 km from the coast. Politically it is a district of Rincon and has about 4000 inhabitants. It was founded by the Moors (Berb tribe Galb-un) The Arabic writing on one of the village entrance signs still refers to it. In former times Rincon belonged to Benagalbon, but today it has been rebuilt. The construction of the railroad at the beginning of the 20th century shifted the economic center of gravity to the coast (Rincon de la Victoria).
Benagalbon is a typical Andalusian village that knows how to celebrate. Especially in September for the annual fiesta. There is a small folklore museum here. There you can see the way of life in Benagalbon more than 100 years ago. In Benagalbón you can visit the oldest church in the municipality, a traditional oil mill and the Malagueño Folklore Studies Center or explore some of its mountain trails.
In the village square there are some typical Andalusian restaurants and bars. It is recommended to try the delicious local cuisine here. At the gates of Benagalbon there is the Anoreta Golf Course and the International School. The main crops of Benagalbon are olives and wine, avocados and mangos.

The history of Benagalbón dates back to the Romans, although it is possible that it was inhabited in earlier times and no evidence has been found. Of note is the presence of a Roman dwelling from the 3rd century AD, which is in very good condition, although it was abandoned at the time of writing.

The Arabs began to exploit the wine and raisins of their harvest, which led to a flourishing population until the Christian troops conquered the municipality in the 15th century. Benagalbón at that time was a small rural town with a defense tower 5.57 km. from the coast. A perfect place for Muslims who decided to convert to Christianity, as they were forbidden to live within 1 km. from the coast to avoid communication with North Africa and why the population grew exponentially, as it was the destination of many Moors in the region.
During the reign of Carlos III. Bezmiliana fortress was built and the adjacent streets were developed in 1789 to become one of the most important urban centers.
The construction of the railroad line from Malaga to Vélez-Málaga (currently defunct) in 1906, with stations in La Cala del Moral, Rincón de la Victoria and Torre de Benagalbón, shifted business activity towards Rincón de la Victoria .
In 1835 Benagalbón separated from Moclinejo and formed its town hall. In 1850, the town of Benagalbón had 70 houses of very poor quality, inhabited by braceros (workers) who leased them to the landowners who lived in their farmhouses, wineries, farms or farmhouses.
In 1878, phylloxera invaded Malaga and in a few years disappeared from the entire Benagalbón vineyard and most of the province. Small farmers could not afford the cost of replanting, and there was an avalanche of emigration to the coast or to America in search of work, causing the population of the Axarquia to drop by 11%.
In 1948, the Benagalbón City Council agreed to move the capital to the neighborhood of Rincón de la Victoria, and in 1950 the change of capital and name of the municipality was accepted by that of Rincón de la Victoria. 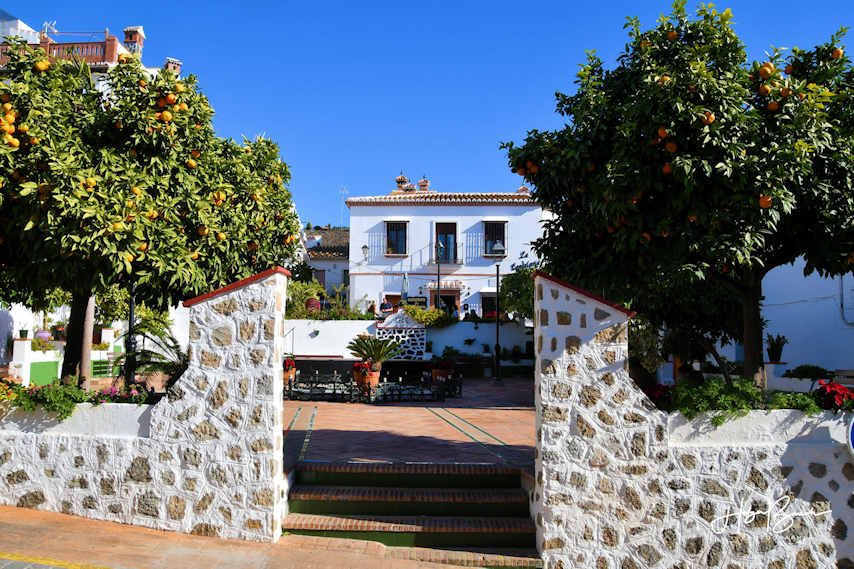 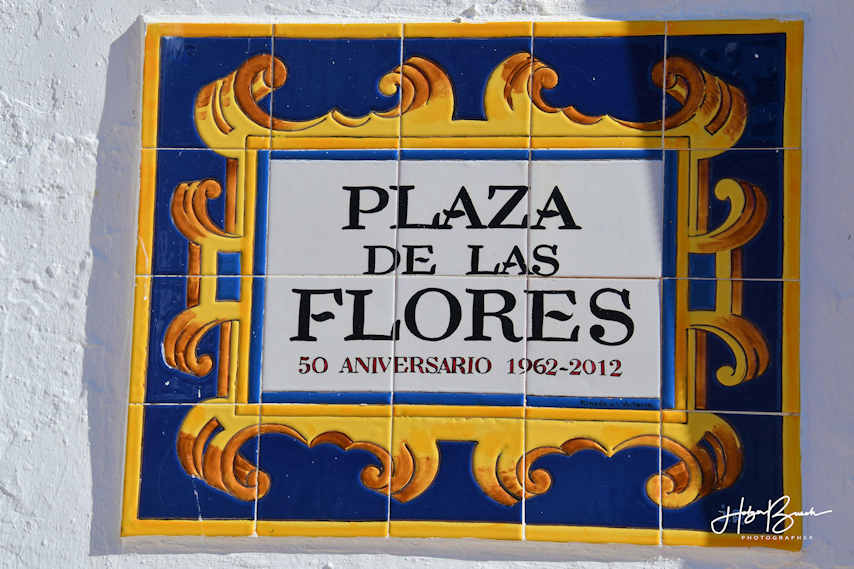 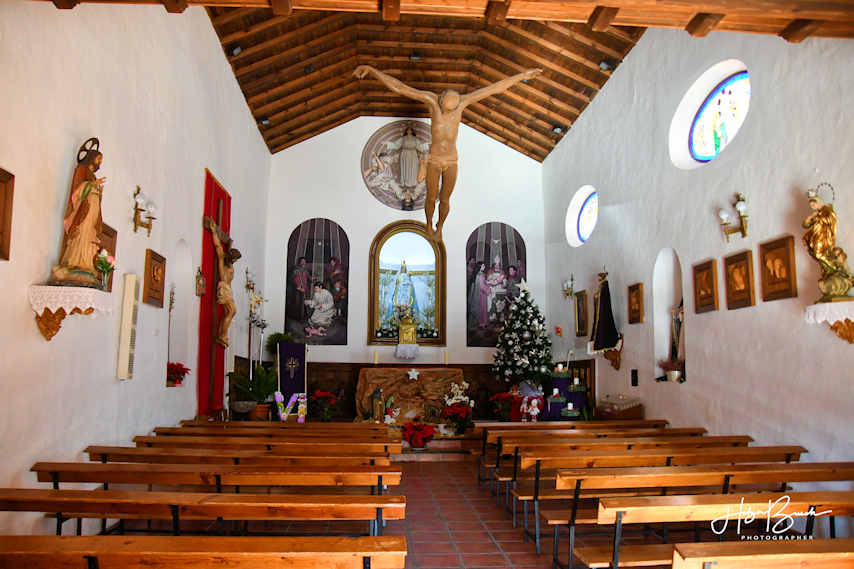 In order to preserve our origins and cultural traditions, the Museum of Arts and Customs (Musen de Artes y Costumbres) was created in Benagalbon in 1995, through the civic initiative and protectorate of the Cultural Department of the Mayor's Office of Rincon de la Victoria.
This museum is mainly composed of two parts: one that shows the farmhouse (bedroom living room and kitchen) and the other, the tools and crafts for farming.At this point it is necessary to mention that almost all the existing pieces were donated to the museum by the inhabitants of the village.

The Museum of Popular Arts was born from the "Cultural Weeks" organized at regular intervals in the town. These included exhibitions in the public library and from this came the idea of launching a campaign to collect cultural material related to their past.

With the work of the main promoter of the idea, Mrs. Natividad Díaz, the resources of the museum, were collected and arranged in defined units that represent the different rural activities of the region and the different spaces of a traditional house. The Museum of Popular Arts and Traditions was inaugurated in the Cultural Week of 1993 as one of its main activities and received enormous acceptance from the population.
Features and exhibition spaces

The museum is located in a large, flexible, irregular footprint that has been used to create different environments with continuous exhibition continuity and where the different collections have been set up with a certain impression of ordination according to activities and spaces of the traditional house There is a clear physical or conceptual separation between the different exhibition units.

The first exhibition unit simulates a bakery or tahona, where the simulation of a bread oven has been built, next to which a wooden trough is arranged, with whose sieves the flour is sifted and the bread is kneaded as well as the shovels insert the shaped dough into the oven and take out the bread already cooked.

Following this, as an independent exhibition unit, a store with shelves and counter, where they were installed acclimatized: Scales, pieces of different sizes, on the counter; and on the shelf a tobacco card, a cigarette rolling machine, various cans and packages of food, etc. Next to the bookshelf, directly on the floor, there is a scale for weighing bulky items, a roman, a counter and an oil separator. In addition, there is a curious old telephone to hang with a crank and a roulette with metal structure and crystals of different colors, a game of the most popular old parties and taverns.

In front of this second unit is the third exhibition unit, where the objects related to the field work are hung on the walls, including different types of traditional plows and different harnesses to harness the beasts: the frontiles (heads for the bufos from the holders), the fork or the belly. To prepare the animals for tillage and transport, several yokes or ubios are presented, as well as the aguaderas or cantareras, the esparto pigs, etc.. Two types of threshing are also exposed. The traditional wooden board, in which spun stones are arranged in the lower part, and the most modern trillo with a structure of metal gears.

The wine is represented in the fourth exhibition unit, where the raisin, the most typical product of the country, is the queen of the exhibition. Among other things, we can highlight the fruit bowl with the pad on the bottom, so that the raisin can be transported from the vine to the passers-by. Extreme care must be taken, as the whitish powder that covers the already ripe grape must be kept for perfect drying it is passed by the passengers and reproduced in a model representing a workhouse exhibited in this device. In addition, there are various vine and branch pruners, formalets for "chopping" the raisin, molds for assembling the "seretes" and boxes of raisins, some old examples of which are shown, as well as photographs that facilitate the understanding of objects in their traditional use, giving the viewer a useful overview of the collections.

From here we go to the fifth exhibition unit, where the kitchen was set up acclimatized. First, we found a kamal hanging from the ceiling, where the pig was placed after slaughter and subsequent preparation of the products obtained from this animal. The kitchen, equipped with the construction of a fireplace with chimneys and shelves for your household, reveals silver furniture with old stoneware and almireceros with their syrups. On the working structure are arranged pots of different sizes, lanterns and lanterns, porrones, kettles and skimmers or shovels, buñeroles, charcoal irons and tables for cheese making. and next to all these two great machines related to coffee: one for roasting and the other for preparation.

Next to this unit, in one of the few display cases of the museum, some documents related to the place are exhibited. Next to it is the sixth exhibition unit in the museum: the dining room with a table and four chairs, on which there is a beautiful glass lamp.

The last exhibition unit, the seventh, is the bedroom set up as a diorama and consists of an old metal bed with traditional bedding, a chest of drawers, the crib, trunk and ark and two counters with aguamaniles. one in metal and one in wood for men.

Free for all ages.

Special dates are the celebrations in honor of La Candelaria, the Cultural Week or the traditional Verdiales contest.

April: Cultural Week of Benagalbón: With almost 40 years of tradition, it is a meeting point for artists from all over Spain thanks to the outdoor painting contest.

September: Traditional Verdiales Contest: Festival of tourist interest in Andalusia. The small center of Benagalbón is full of visitors to this cultural gathering of Verdiales pandas in the Montes style. Whether you like this tradition or not, you should not miss the opportunity to experience one of its editions from the inside. There are no scenarios that could be used to touch verdiales pandas. The street is the stage and the spectators are side by side with the artists.

At the beginning of February is always held the Feria de Benagalbon. It always lasts 3 days and is held in honor of the Virgin of Candelaria. With music and activities for all tastes and ages, the Feria de Benagalbón combines the deep-rooted traditions with actions for the little ones and current music that attracts the youngest audience.

Benagalbón, which belongs to the municipality of Rincón de la Victoria, annually celebrates its famous "Traditional Verdiales Contest". This contest is a party that had its origin in the celebration of the end of the harvest or the slaughters that were carried out every year in the houses of the town.
After time, the inhabitants of the municipality remain faithful to this celebration and when September comes, they merge with the roots of the songs of Malaga in their oldest expression, the Verdiales. These compositions, which have a high musicological interest both for their antiquity and for their purity and vitality, contain an artistic creation of socio-cultural nature that corresponds to certain geographical points of the province of Malaga, the Axarquîa region, Guadalhorce and the Montes Valley from Malaga
The Verdiales are interpreted by groups composed of several people known as Pandas de Verdiales. They wear colorful costumes and beautiful hats. The musical accompaniment consists of a violin, several guitars, a tambourine, two or more cymbals, castanets and, in some of their styles, a lute or a bandurria.
Currently, this town hosts the traditional Verdiales contest, celebrated in September, which offers all visitors who approach the municipality the opportunity to reflect on beautiful interpretations of the Verdiales pandas through its music, songs and dances.
Of course, the wines and typical products of the region will be tasted.

BARS AND RESTAURANTS OF BENAGALBON

Rincon de la Victoria has almost 300 restaurants. Most restaurants, bars and cafes are located on the promenade (about 100), in the center of Rincon and in La Cala de Moral. There are also a few restaurants in the shopping center and in the village of Benagalbon. We give here only a small selection of our subjective experiences. It is often difficult to find out the correct opening hours, as these often change and are not correct on the various websites. 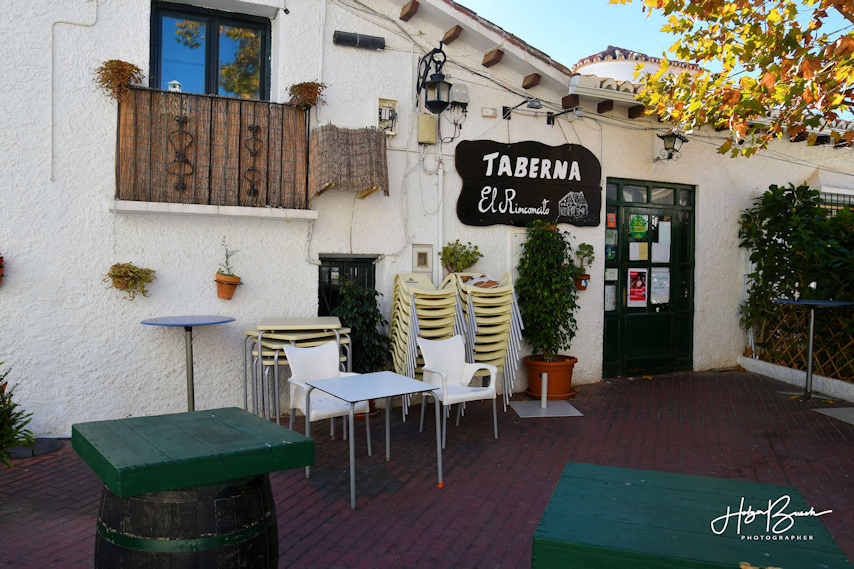 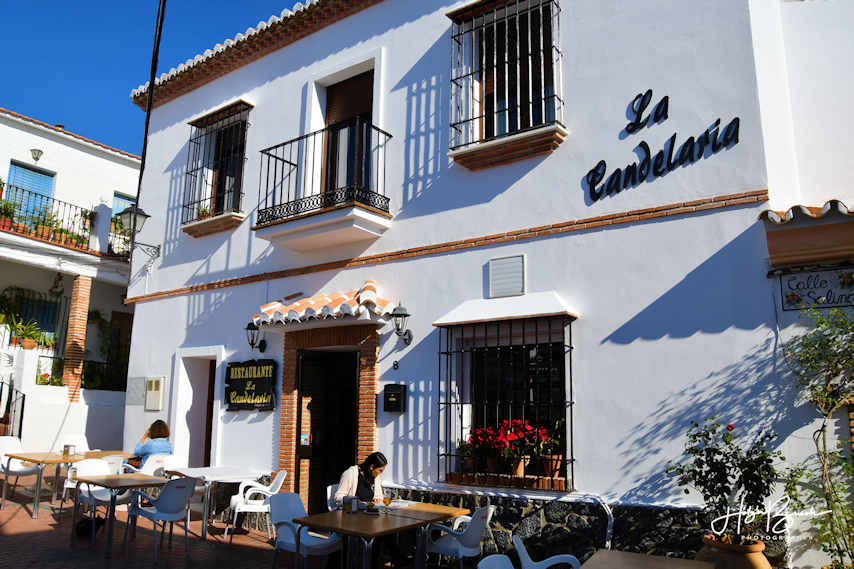 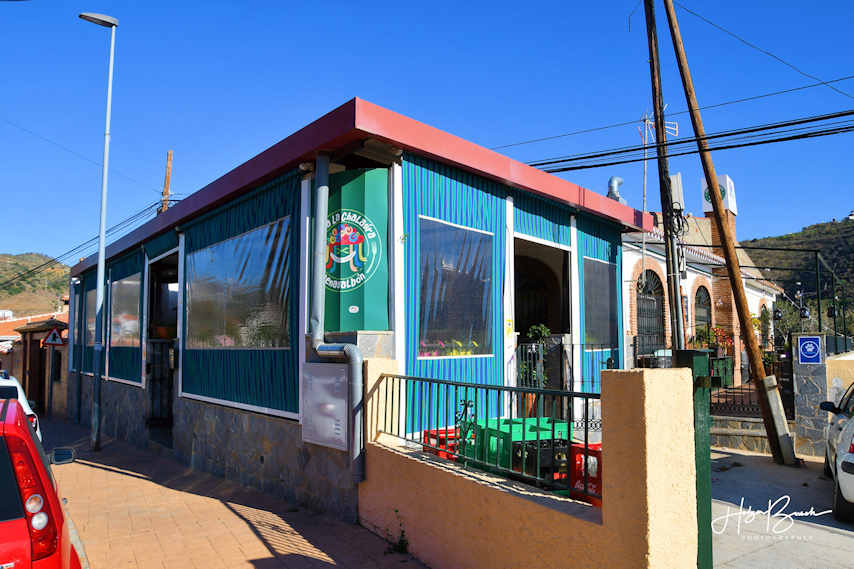 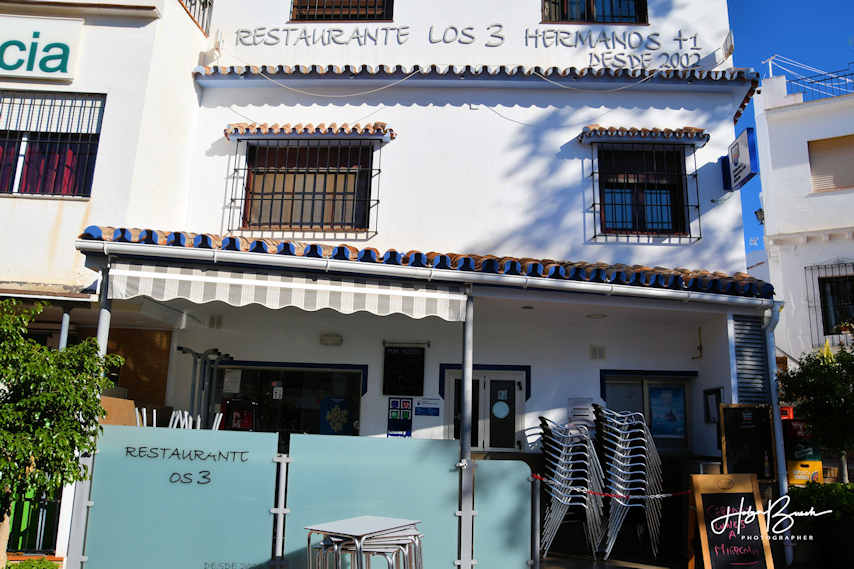 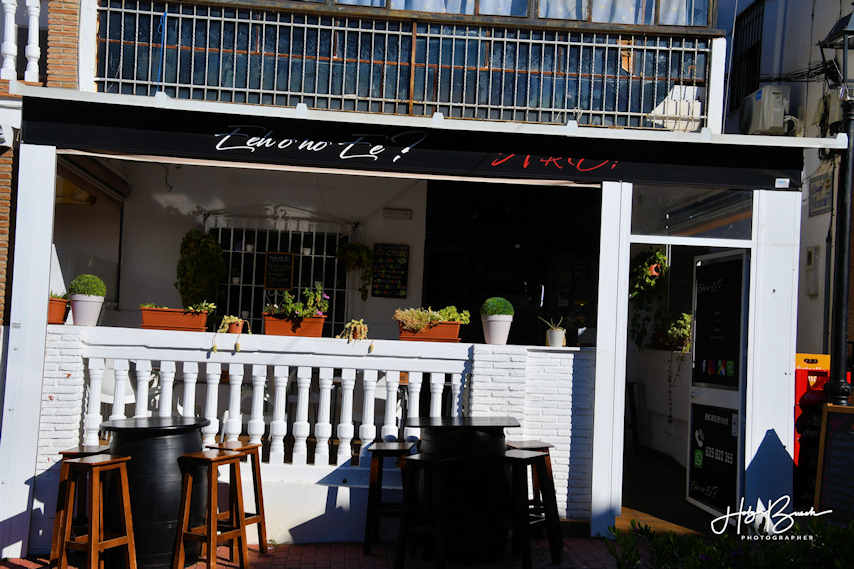 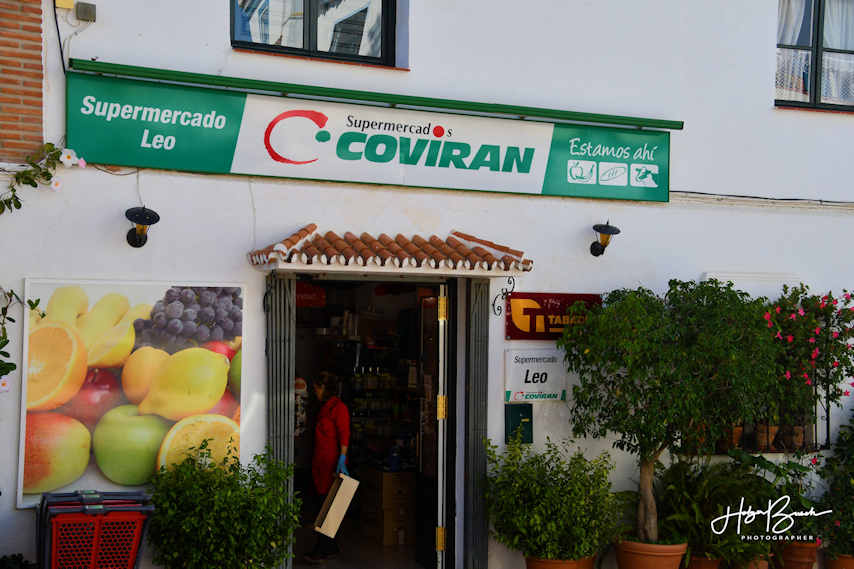 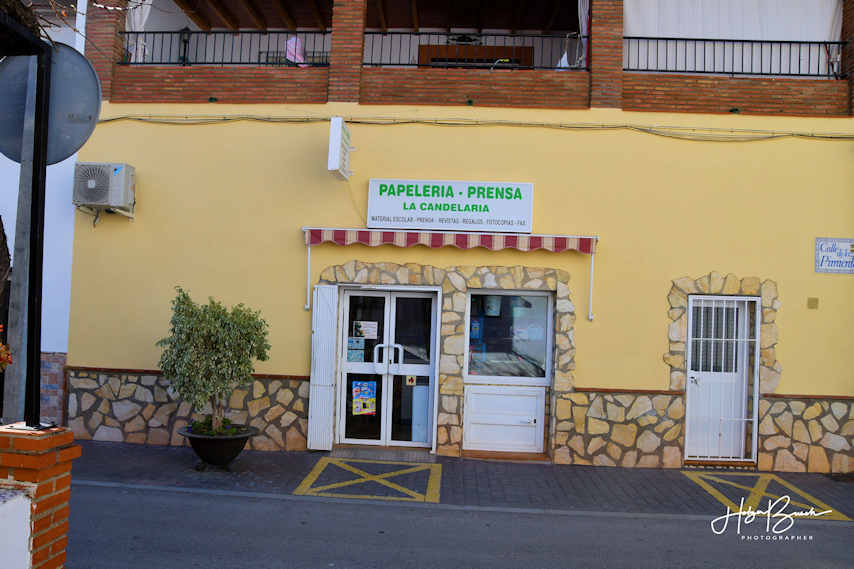 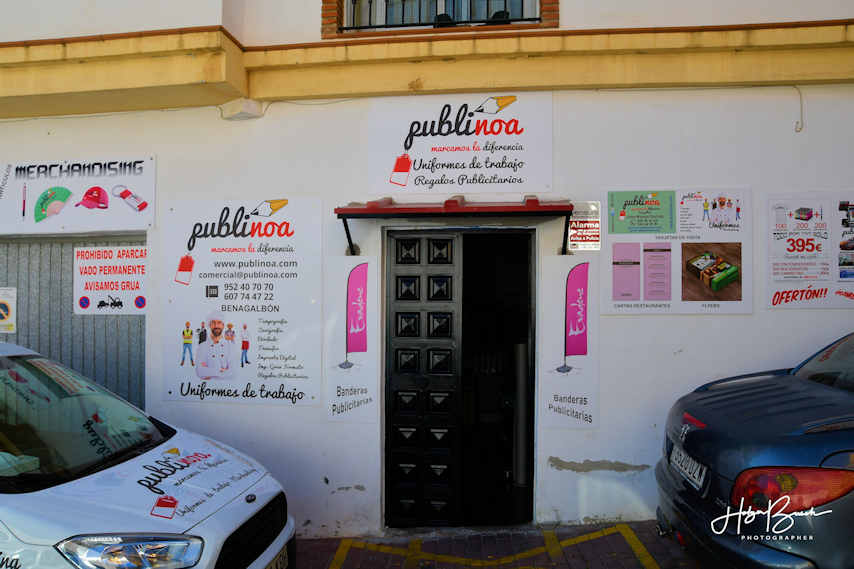 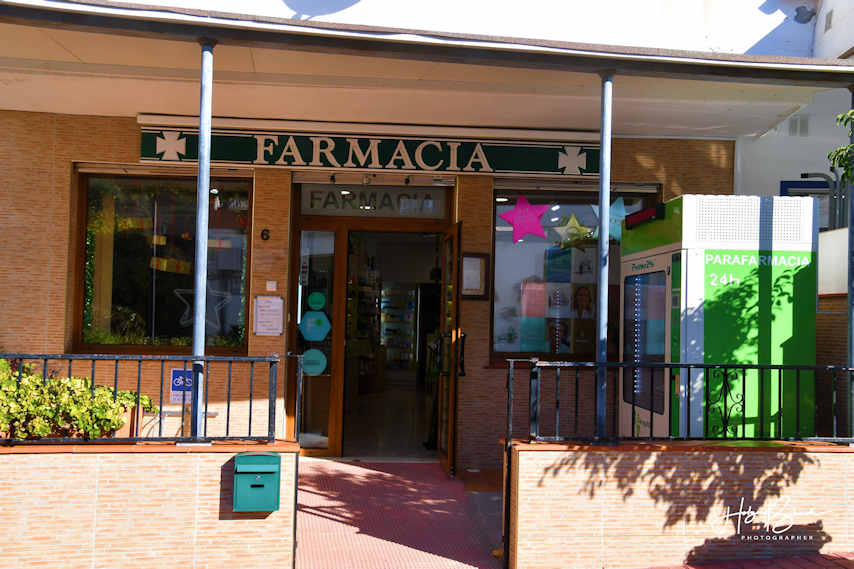 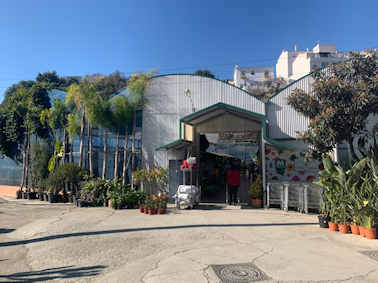 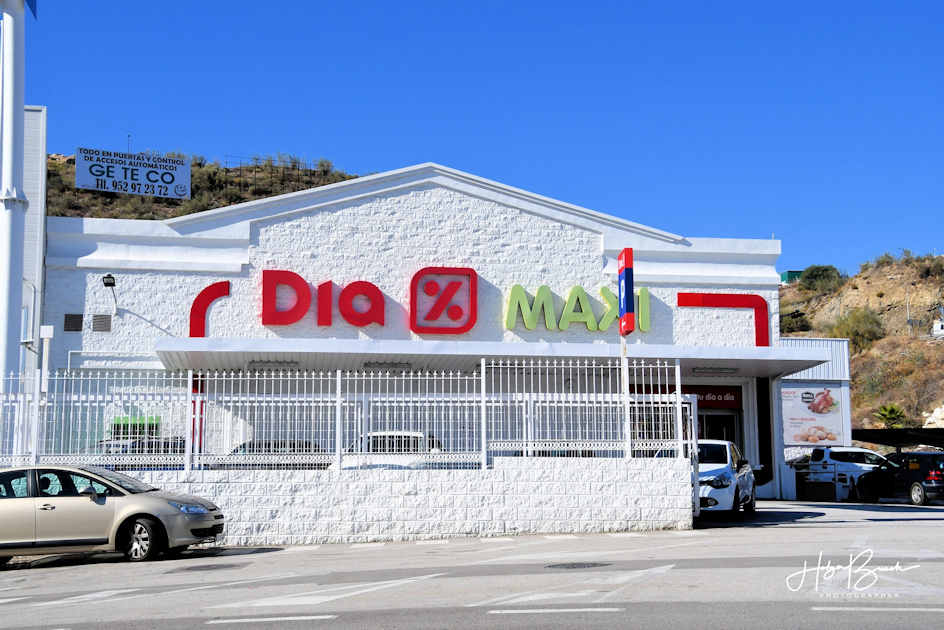 Dia: is located directly at the motorway exit and has a car park. 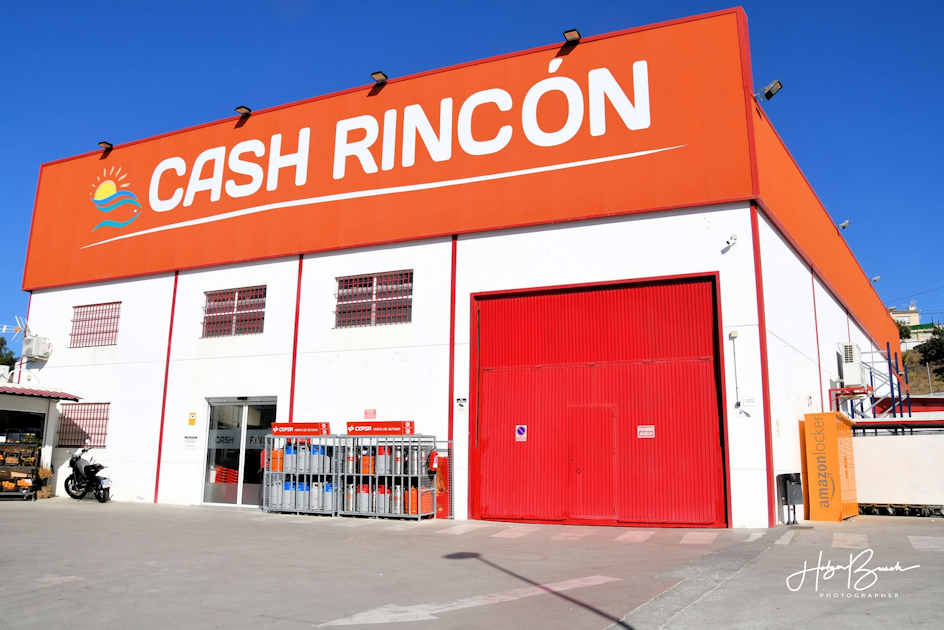 Cash Rincon: located on the road to Benagalbon. 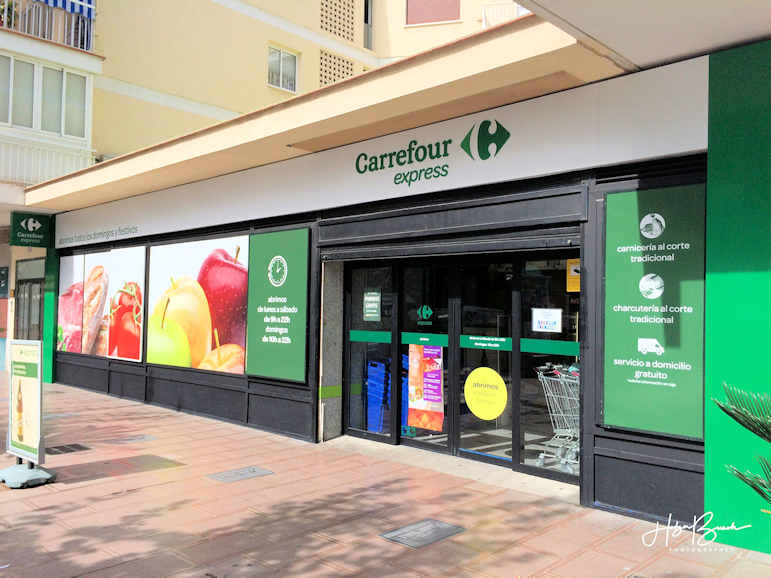 Carrefour express: If you have forgotten something and the shops are already closed, you can still buy something here. 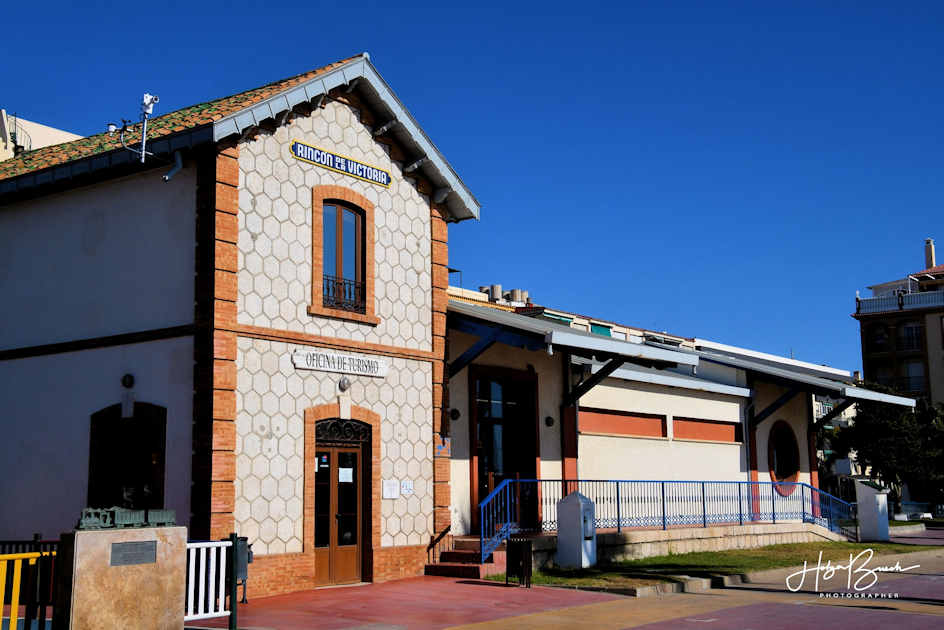